This case made headlines after a daughter successfully challenged being excluded from her mother's Will. We analyse the implications for testators.

Unlike many other jurisdictions, testamentary freedom is an important principle to the English Courts.  As Oliver J put in the 1990 Re Coventry case, "an Englishman still remains at liberty at his death to dispose of his own property in whatever way he pleases".  Even though this phrase was quoted in the Court of Appeal judgment in Ilott v Mitson, which was published on 27 July 2015, the Court had already overridden this principle in an earlier hearing of the same case to take into account the needs of the parties.  Altogether this case has been bounced between the Courts and been the subject of five separate hearings.  Although this case has made many headlines, it is important to realise that the principle of testamentary freedom still stands, and with careful drafting and planning an Englishman or woman may still exercise testamentary freedom (in the absence of actual dependants).

The key piece of legislation is the Inheritance (Provision for Family and Dependants) Act 1975 (commonly known as the '75 Act), which provides that dependants can make a claim against the estate of a deceased person if there is not "reasonable provision" for them under the Will (or the intestacy rules).  A remarkable feature of this case is that the claimant was an adult child who was in no way dependent on the deceased.  Prior to Mrs Ilott's initial success in this case, it was generally accepted that adult children would not be successful in a '75 Act claim, unless they were suffering from a disability or if the deceased had another moral obligation to provide support.

Mrs Ilott was estranged from her mother, Mrs Melita Jackson since the age of 17, when she left home to live with her future husband.  Mrs Ilott is an only child, and her father died three months before her birth, due to a workplace accident.  Mrs Jackson received substantial compensation from her late husband's employer which she used to pay off her mortgage.  Mrs Jackson died in 2004, with an estate worth £486,000, much of it attributable to this award.

Mr and Mrs Ilott have five children, and they survive primarily on state benefits.  There were a few attempts by Mrs Ilott and her mother to reconcile, the last of which failed as Mrs Jackson took offence at Mrs Ilott naming her youngest child after her paternal grandmother.  In her Will, Mrs Jackson left her estate to three animal and bird charities, with which she had no previous connection.  It was also stated that there was no evidence that Mrs Jackson had, in her lifetime, any particular love of, or interest in, either animals or birds.  Although the Court ruled both were responsible for the failure to reconcile, crucially the Court held that Mrs Jackson had acted in an "unreasonable, capricious and harsh way" towards her daughter.

For a claimant to succeed under a '75 Act claim, the Court will determine whether there is existing reasonable provision, and if not then it can exercise a wide discretion, considering a range of factors, to determine what that provision should be.

For a child of the deceased (unlike a spouse or civil or unmarried partner, for whom provision would usually be much higher) once the Court had decided that the provision was not reasonable, an award would be made at a level to cover her maintenance.

At the initial trial the judge decided that Mrs Jackson had unreasonably excluded her daughter from her Will despite her obviously needy circumstances.  The key here is the unreasonableness.  Had the deceased been connected to the charities, perhaps by making donations during her lifetime, or had she given her estate to a friend or other relative, then it would have been much more difficult for Mrs Ilott not to fall at the first hurdle.  Likewise, had Mrs Jackson made a small provision for her daughter, whether outright or via a trust, the analysis of her need may not have arisen.  Unfortunately (for the deceased's testamentary freedom) it was this unreasonableness which led the judge to consider the second stage of the test, which was to analyse her maintenance requirements.

In the ten years since Mrs Jackson's death, there have been five hearings, as the case has been bounced around the Courts.  It all started in 2007, when Mrs Ilott brought a successful claim under the '75 Act, with the County Court ordering that she should receive £50,000.  Incidentally, the argument that a large part of the estate came from her father's compensation and must have been intended to be for Mrs Ilott's benefit was completely rejected.

Mrs Ilott appealed that £50,000 was too low, and the charities cross appealed that she should not have received anything at all.  In 2009, the High Court accepted the charities' arguments and overturned the County Court case, deciding that the County Court had not assessed the reasonableness of Mrs Jackson's Will in the correct way.  Thus it was not unreasonable to exclude her daughter from her Will, and so be denied any provision under the '75 Act.  Mrs Ilott appealed again, and in 2011 the Court of Appeal overturned the High Court decision, deciding again that the question of unreasonableness had been decided by the County Court in the correct way, and sending the case back down to the High Court (to be heard by a different judge) to decide what the award should be.  The High Court then reinstated the original £50,000 award, which again Mrs Ilott appealed for the same reasons.

It should be noted that the higher Courts were not readdressing the question of the reasonableness of the Will directly, but as a matter of legal process only considered the County Court judge's reasoning, not his decision.

This latest appeal in the Court of Appeal considered solely the question of how much Mrs Ilott should receive, and went through a detailed analysis of the lower Courts' reasoning in coming up with the £50,000 figure.  Part of the logic had been that Mrs Ilott had not expected to receive anything, had lived within her means on a meagre income, and any higher amount would have interfered with her state benefits, leaving her not a great deal better off.

Taking everything into account, the Court of Appeal rejected these three arguments and awarded Mrs Ilott £164,000, based on the cost to purchase her Housing Association property, along with a small cash provision, which was structured so as not to impact on her entitlement to state benefits.

In a key paragraph in the judgment, the Court stated that Mrs Ilott's resources, even with state benefits were at such a basic level that this outweighs the importance that would normally be attached to the fact that she is an adult living independently for so many years.

Although many headline writers have declared this to be the end of testamentary freedom, it is important to qualify this statement with the fact that this decision was only addressing the issue of how much Mrs Ilott should receive.  Had her mother's Will not been unreasonable, the question of Mrs Ilott's need would not have been so carefully scrutinised.  Perhaps the County Court originally ruled that Mrs Jackson's Will was unreasonable, not because it excluded her daughter, but because it did so with spite. 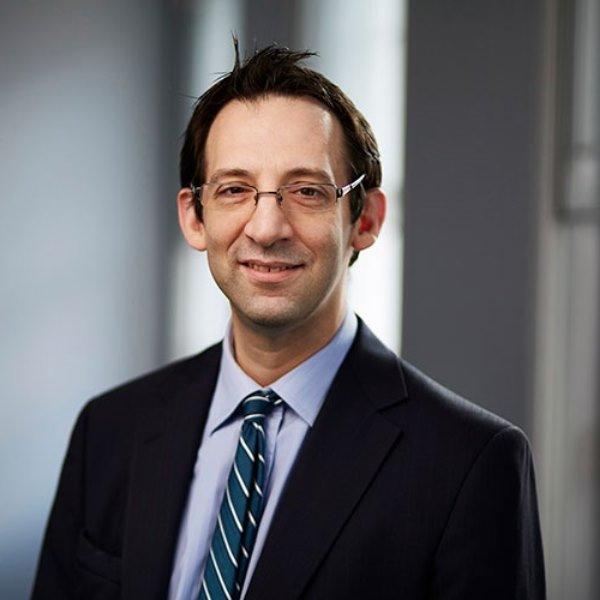