Did an education trust discriminate against a teacher on the ground of age by replacing her with a less experienced teacher? 'No' ruled the EAT

The following case report is included in November's Employment Law Bulletin, published online by Wrigleys every month and available free to email subscribers. Please register via the box below to receive your free email copy and notifications of our employment law events.

A finding of unfair dismissal by the employment tribunal was upheld by the EAT, but a finding of indirect age discrimination was overturned as no discriminatory practice had been established by the Claimant.

Ms Dippenaar was a 39 year old teacher of Physical Education with 13 years' teaching experience. Her teaching was highly rated in both internal and external evaluations and there were no concerns about the performance of pupils in her charge. This changed after the appointment of a new Head of Faculty / Director of Learning who evaluated Ms Dippenaar as a poorly performing teacher. Feeling that she was being "managed out", Ms Dippenaar offered to leave and the headteacher agreed that a fair reference would be provided but this agreement was not honoured by the headteacher.

Ms Dippenaar brought a claim for unfair dismissal. She argued that she had been constructively dismissed and discriminated against on the ground of age as the school had pushed her out with a view to replacing her with a younger and less expensive teacher.

The employment tribunal found that the claimant had been unfairly dismissed. It determined that the employer had committed a repudiatory breach of contract by subjecting the claimant to an unjustified capability process and reneging on a promise to provide a fair reference. The tribunal was of the view that Ms Dippenaar had resigned as a consequence of this breach of the implied obligation of trust and confidence.

The tribunal determined that direct discrimination could not be made out as it was the claimant's case that she had been dismissed because she was at the top of the teacher's pay scale and not directly because of her age. It found, however, that the claimant had been indirectly discriminated against on the ground of age.

On appeal, the EAT upheld the finding of unfair dismissal, finding that the education trust had acted in a way which was likely to damage seriously the relationship of trust and confidence between employee and employer. However, the EAT overturned the finding of indirect discrimination. It found that the tribunal had inferred a practice of "replacing more experienced teachers with less experienced teachers" rather than establishing the existence of such a practice after examining the evidence on this point. The EAT stated that the tribunal had relied upon unclear statistical evidence along with witness evidence regarding "rumours" that more senior staff were likely to be replaced by less senior staff and that these were insufficient proof to establish the existence of a practice.

The EAT also found that the claimant had failed to show that the practice (if it existed) put other people in the same age group as the claimant at a particular disadvantage. It stated that the tribunal had wrongly used evidence of the claimant's disadvantage to prove that others sharing her protected characteristic were or would be disadvantaged.

This case also includes interesting comment on how far a tribunal can go in questioning the judgment of a professional in evaluating a colleague. The EAT stated that often such a judgment will not be justiciable and that the courts must always remain aware that they are "not Ofsted inspectors". However, in this case, the EAT stated that the employment tribunal was right not to abandon entirely an evaluative role. This was based on the existence of some evidence to support the view that the Head of Faculty's evaluation of the claimant's lessons were not honest or fairly reached. 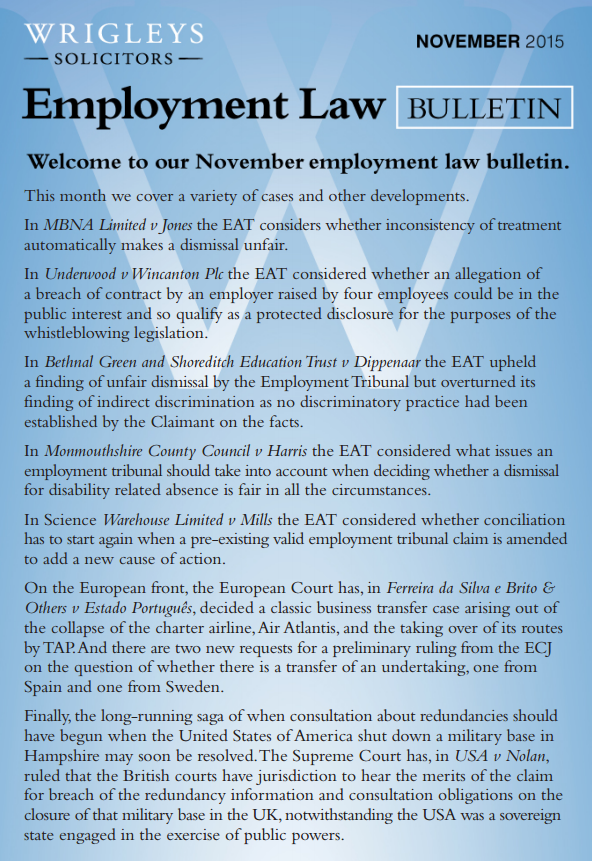