Is an express power to lay off subject to an implied term of reasonableness? No, held the EAT

Mr Craig's employment contract allowed for lay off and short-term working for an indefinite period, without pay. After four weeks lay off without pay, he resigned and claimed that he had been constructively dismissed because the lay off had gone on for longer than a reasonable period.

An employment tribunal followed the decision of Kenneth MacRae v Dawson [1984] IRLR 5 (preferring it over the earlier decision of A Dakri & Co Ltd v Tiffen [1981] ICR 256 to the contrary) and held that there was no term to be implied as to reasonableness so far as the length of lay off was concerned, but that if there had been, the period was not unreasonable in all the circumstances of the case. As there was no repudiatory breach of contract, there was no constructive dismissal.

The EAT (Langstaff P presiding) dismissed the appeal, ruling that there was no implied term as contended for. Dawson should be followed unless obviously wrong, and, since it was later in time, and had expressly considered Tiffin, it was in any event to be preferred.

Langstaff P firmly stated that a contract remains a wage/work bargain. If that bargain provides that there are some circumstances in which no money will be paid, no work done, or both, then the failure of the employer to pay in those circumstances will not be a breach of contract. Further, Parliament had provided a scheme for balancing the rights and interests of employer and employee on those occasions where both were adversely affected by a downturn in business. The Employment Rights Act 1996, s148 provides for a period of lay off or short time working (LOST) during which there is no entitlement to claim a redundancy payment. But, after the period of LOST prescribed by ERA s148(2), an employee can serve a notice claiming a payment. For this additional reason this left no room for the implied term in the employment contract advanced by Mr Craig. 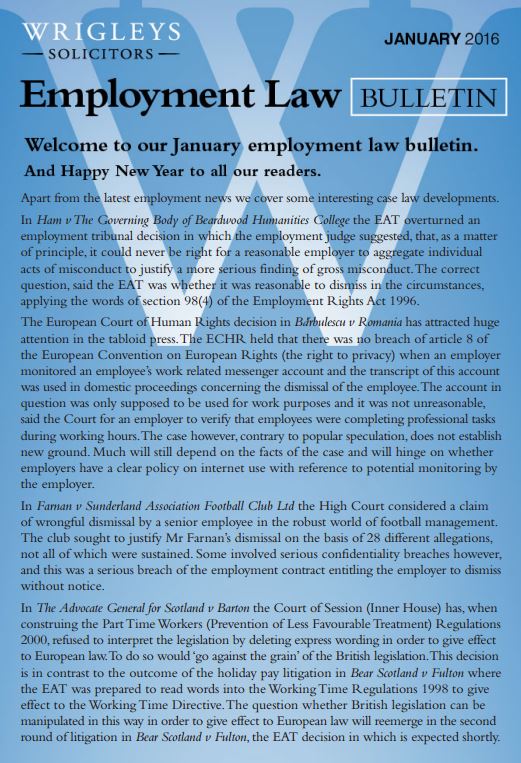