News Attorney who “broke every rule in the book” removed

Attorney who “broke every rule in the book” removed

In this case an attorney who seems to have taken rather too fluid a view of the interaction between his finances and those of his incapacitated mother was removed by the Court of Protection.

Here again we see an attorney who seems to have confused the fact that he was receiving his mother’s money on her death with carte blanche to spend it during her lifetime.  Whatever the position had been previously, when it seems that at least to some extent the son was helping his mother out financially, the donor’s money seems to have been used to bankroll the son’s personal and business activities.  Not surprisingly, the attorney was removed.

The case concerned Carla, a Dutch lady who had moved to Weybridge in Surrey.  Her husband, who was also Dutch, had died 20 years ago.  Carla has one son who is an entrepreneur and the managing director of his own company which specialises in developing skincare products.

Carla has vascular dementia and metastatic breast cancer for which she is receiving palliative care.  In December 2008 she executed an LPA for property and affairs and an LPA for personal welfare, appointing her son to be her sole attorney in both.

The Public Guardian became concerned.  Surrey County Council Social Services department had been in touch with them about a deliberate deprivation of assets.  Carla’s house was sold in October 2013 for £395,000.  The mortgage redemption was just under £207,000 and the net sale proceeds went to Carla’s account.  However, on the next day the son withdrew £161,000 for his own purposes.  The OPG had asked the son to file a full set of accounts for his dealings since the LPA was registered but received no response.  The OPG found that there were more concerns and obtained copies of Carla’s bank statements, which revealed that substantial sums of money had been transferred to the son long before the house was sold. For example, between December 2010 and October 2013 he had received £76,900 from one account and between March 2010 and July 2011 he had taken £21,000 from another account. In addition, a sum of £38,790 had been transferred to several companies in which he has an interest.

The Court of Protection General Visitor had confirmed that Carla lacked the capacity to revoke the LPA or call for her son to explain his conduct.

The son did not accept the OPG’s position.  He referred to his mother’s repeated instructions to make sure that he was reimbursed all the money he had lent to her over the years or paid on her behalf.  He also said that he paid some of her care home fees out of his own funds knowing they would be paid back later.  Amongst other things he said,

“I am of the firm belief that, were my mother in condition to do so and speak, that she would promptly confirm her decision and instruction. Other than her oft-repeated verbal wishes in this regard, there was no documentary evidence of this agreement between a mother and her only child. Because of the trust between us we never perceived there to be any need to put this in writing. It never occurred to us that this might one day be a problem.

I am my mother’s only child and both executor and sole beneficiary of her estate. She completed her last will and testament when of sound mind, with her local solicitor and in my absence. A copy is attached. Had I elected not to sell the property when I did, I would still be in receipt of all the net funds from it upon her death.

I do not contradict the documentary evidence supplied for the payments I made from her account. All those payments that were not made to myself were merely payments which, for the sake of simplicity, I did not pass through my own account. The total of the sums disbursed should be taken as if paid to me personally. In most cases these were payments to cover arrears in rent (advanced by others on my behalf), the return of personal loans I had taken out, and long overdue professional fees that needed to be paid to my accountants and suppliers. This also included disbursements to companies in which I have an interest, one of which I was, and still am, building up in an attempt to secure a more regular and constant income in the future. I felt justified in making these payments with what I legitimately considered to be my money on her bank account.

My own financial situation is not now cash positive. In 2008 my consulting business [name of company] went into decline as part of the crash. Competition in the consulting business and fees plummeted and in May of 2009 I was obliged to sell my only personal property. With the proceeds I sustained my own life and paid rent. By necessity I started, and invested in, a new company, [name of new company], which continues to be my primary focus and which is not yet profitable nor able to pay me a salary. I am largely supported by my wife until this new business takes off. I no longer own any properties and have no personal assets”.

The son also commented that he did not know anything about the proposed panel deputy, Mr Michael Stirton.  He also asked Surrey County Council to increase the amount they are paying for his mother’s care.

The son showed evidence that suggested that in 2001 he was paying his mother £350 a month.  He said, “In order to substantiate my contention that I supported my mother, I requested bank statements. From this it is evident that at the very least I had standing orders in place as far back as 2001. My mother’s requests for increased contributions were voluntarily met. As is evident, I did so throughout years that my own finances were fairly rosy. These standing orders were just for my mother’s ‘spending money’. As stated previously, I financed many of her other expenses, including holiday costs and shopping.”

There were concerns that there was no evidence to support the extent of the payments that the son claimed had been made to his mother. They were also concerned there was a conflict of interest between mother and son.  Carla now had no capital to meet her care home fees.  The son had also made gifts outside the scope of his authority such as £10,000 towards his son’s wedding.

Senior Judge Lush decided that the Public Guardian had discharged the burden of proof.  He was satisfied that Carla lacked capacity.  He said;

“I am also satisfied that the respondent has behaved in a way that contravenes his authority and is not in the donor’s best interests.

He has broken virtually every rule in the book and, having exhausted his mother’s funds in order to meet his “life’s requirements at that time”, he blithely expects the taxpayers of Surrey to pick up the tab to meet his mother’s care needs now.

I have no hesitation in revoking the LPA and directing the Public Guardian to cancel its registration. I shall make a separate order appointing Michael Stirton as Carla’s deputy for property and affairs”.

In this article we look at the numerous reports and policy papers surrounding tax reform.

Volunteering Week – guidance on volunteering during the pandemic updated in England

Government updates guidance to reflect step 3 of the roadmap for easing restrictions.

Vaccination scheme had legitimate aims and that penalties and fines were proportionate.

Wrigleys' Charity Leadership Forum: Emerging from lockdown – lessons learnt: the good, the bad and the ugly

Community Foundation: Value experience in your boardroom and maintain an inclusive board culture 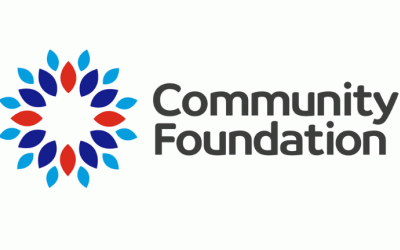 Venue: You will be redirected to an external website

Reconstruct and Revitalise with Resilience 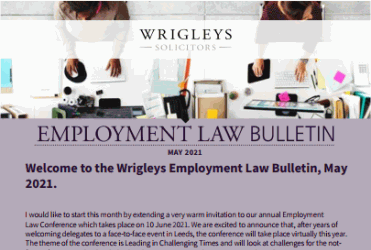