The changes provide more flexibility to rural communities as to how they use existing buildings to deliver much needed homes and help farms modernise.

Dominic Raab MP, Minister of State for Housing at the Ministry of Housing, Communities and Local Government has announced significant changes to permitted development rights for rural communities.

The Town and Country Planning (General Permitted Development) (England) Order 2015 ("GPDO 2015") sets out various types of development which would ordinarily require planning permission (known as "Permitted Development rights") but which, under the GPDO 2015, can be undertaken without the need for a specific permission.

However, on 6 April 2018, the Town and Country Planning (General Permitted Development) (England) (Amendment) Order 2018 ("2018 Amendment Order") will come into force, which makes changes to various types of development currently allowed under the GPDO 2015.  The new rights will give more flexibility to rural communities as to how they use existing buildings in order to deliver "much needed homes for rural families" and to help farmers keep pace with modern farming practices by increasing the size limit of new agricultural buildings on "larger farms" (that is farms being more than 5 hectares in size) and by increasing the size limit by which agricultural buildings can be extended and altered on “smaller farms” (farms of more than 0.4 but less than 5 hectares in size).

The changes are as follows:

Change of use of agricultural buildings to provide up to five new homes Under the current wording of the GPDO 2015, Class Q permits (subject to various conditions) the change of use of a building and any land within its curtilage from use as an agricultural building to use as a dwellinghouse (Class C3); and any building operations reasonably necessary to convert the building to a dwellinghouse.

Part 6 of the Schedule of Permitted Development rights under the GPDO 2015 sets out permitted development rights in relation to agricultural buildings.  Under the current legislation, Class A under Part 6 is concerned with “larger farms” (that is farms of 5 hectares or more in size) and, under the current legislation, permits (subject to various conditions) the erection, extension or alteration of an agricultural building; or any excavation or engineering operations on a larger farm, provided that the ground covered by the building erected, extended or altered does not exceed 465 square metres. The new Permitted Development rights under the 2018 Amendment Order will increase the size limit of new agricultural buildings on larger farms from the existing limit of 465 square metres to 1,000 square metres.

Class B under Part 6 is concerned with “smaller farms” (those of more than 0.4 but less than 5 hectares in size) and, under the current legislation, permits, amongst other things (and subject to various conditions), the extension or alteration of an agricultural building, or the provision of a hard surface, up to a maximum developed area of 465 square metres.

The 2018 Amendment Order will increase the developed area permitted under Class B on smaller farms from 465 to 1,000 square metres and to allow an increase in the cubic content of the original building being extended or altered from a 10% to a 20% limit.

For completeness, the 2018 Amendment Order, as well as amending various definitions under the GPDO 2015, also makes, amongst other things, the following changes to Permitted Development rights:

3.1 An extension of a temporary provision granted in the GPDO 2015 under Class P to allow storage and distribution buildings (Use Class B8) to be converted into residential homes (Class C3).  That temporary permission, which was for three years, has been extended from 15 April 2018 to 10 June 2019.

3.2 Making permanent the previously temporary provision granted in the GPDO 2015 under Part 16 (which had been granted for a limited period until 30 May 2018) in which the condition requiring prior approval for an application for the installation of apparatus connected with fixed-line broadband in protected land (such as national parks) was removed. 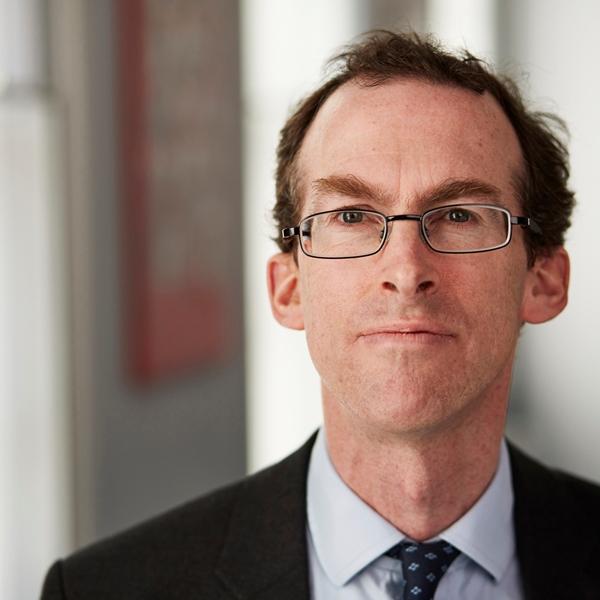 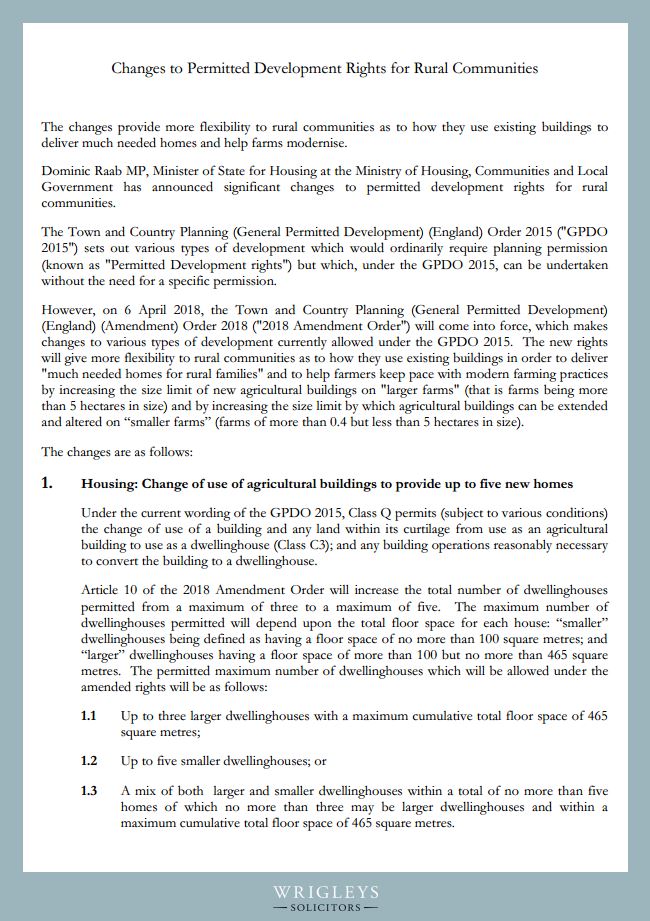